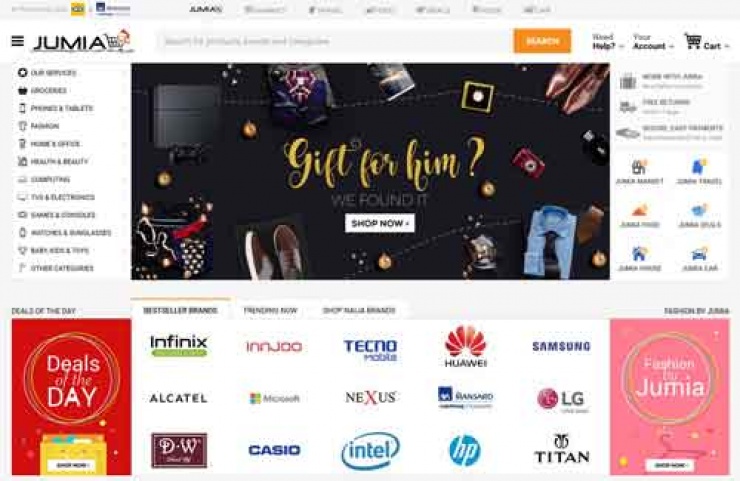 A recent survey has shown that Nigerians shop more online than other sub-Saharan African (SSA) countries.

According to GeoPoll, which conducted the survey on five African countries including Nigeria, South Africa, Uganda, Kenya and Ghana, said though there have been significant growth in online shopping on the continent, but SSA still don't trust e-commerce sites.

GeoPoll is the world's largest mobile survey platform, with a network of 200 million users in Africa and Asia.

According to the survey, 66 per cent of Nigerians buy items online every few months compared with 60 per cent in South Africa and 45 per cent in Kenya.

However, at least 55 per cent of Ghanaians and 51 per cent of Ugandans have never bought anything online.

The report discovered that many of those who had tried online shopping had only tried it once.

Among the top reasons cited for not frequently using online shopping sites were lack of trust, shipping costs, unsupported payment methods, or because a friend had a bad experience.

The GeoPoll revealed that many complained of unreliability of some sites, poor delivery and the purchase process. Others felt that there is no need for online purchases as the items were readily available at their local store.

Already, eCommerce sub-Sector in Nigeria is estimated to worth $10 billion with some 300,000 online orders expected each day. The worth is projected to hit $13 billion by 2018.

Indeed, despite the economic gloom in Nigeria, eCommerce players claimed about 20 per cent growth in traffic at the just concluded 'Black Friday' sales.

The Black Friday, which ran between November 23 to 29, across different eCommerce platforms including Jumia, Konga, Yudala, Spar, Dealdey, Kaymu among others in Nigeria, is usually the Friday after the American Thanksgiving, and it is one of the major shopping days of the year in the United States.