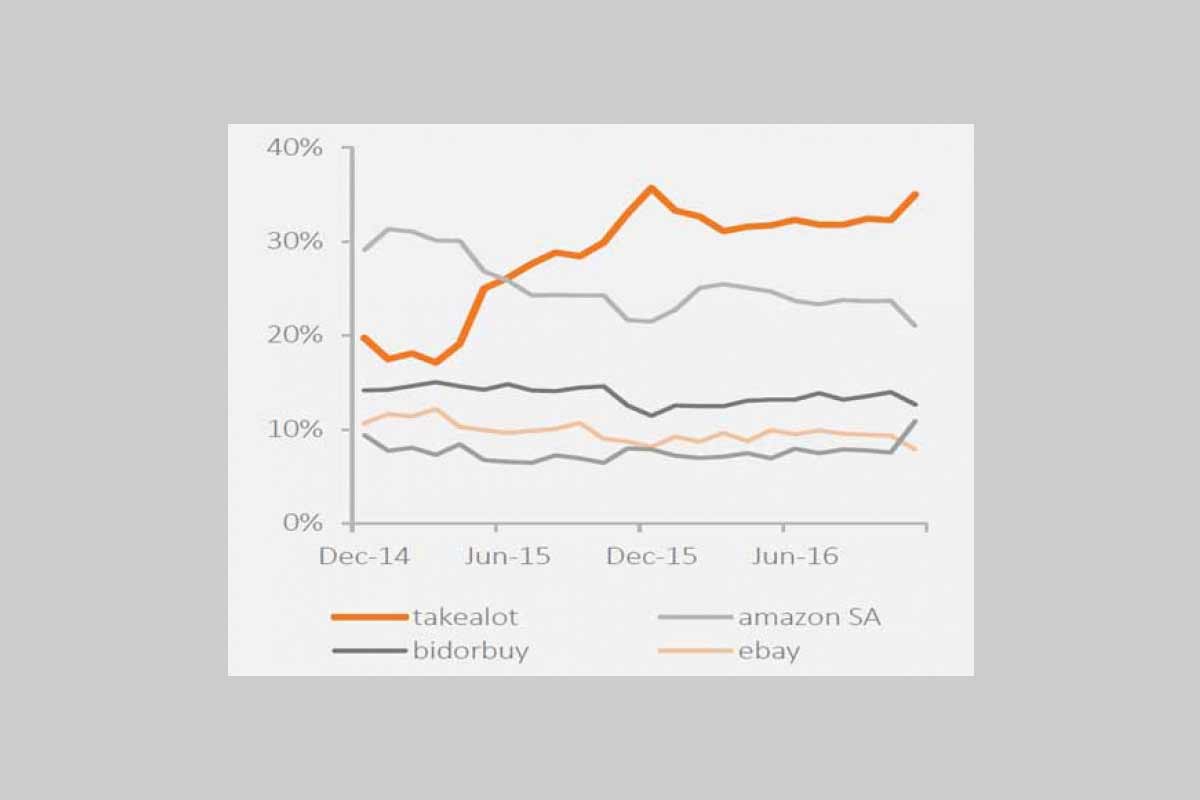 Takealot was launched in June 2011 after the successful acquisition of Take2 by Kim Reid and the US hedge fund Tiger Global.

In 2014, Takealot received a $100-million investment from Tiger Global, after which Takealot purchased Mr. Delivery – giving it ownership of its logistics network.

In May 2015, Naspers-owned Kalahari.com merged with Takealot to create the premier online shopping destination in Africa.

In April 2017, Naspers signed an agreement to acquire a controlling stake in Takealot for approximately R960 million ($73m).

Following the investment, currently subject to regulatory approval, Naspers will be the majority shareholder (53.6%) in Takealot.
Dominant player

The investments and Takealot’s merging with Kalahari has made it the biggest eCommerce platform in South Africa.

When Takealot was founded, its vision was to be the largest, simplest, most customer-centric online shopping destination in Africa.

Naspers’ financial results show that Takealot has achieved its goal of being the largest online shopping destination in SA.

It is much larger than its local competitor Bidorbuy, and is bigger than Amazon and eBay in South Africa.